The speakers for the plenary sessions are selected by the Scientific Committee, the IUFRO Board, and the event’s organizing committee. 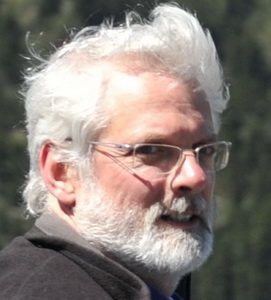 Werner Kurz, a senior research scientists with the Canadian Forest Service of Natural Resources Canada, has been researching the role of forests and forest  sector activities in the carbon cycle for the past 25-plus years.

He also leads the development of Canada’s National Forest Carbon Monitoring, Accounting and Reporting.
System and the Forest Carbon Management Project of the Pacific Institute for Climate Solutions.

Werner Kurz has co-authored six reports of the Intergovernmental Panel on Climate Change (IPCC) and has published over 125 peer-reviewed scientific papers. He also serves as adjunct professor at the University of British Columbia (UBC) and at Simon Fraser University. He holds a PhD in Forest Ecology from UBC and an honorary doctorate from the Swedish Land University. In 2016 he was appointed an international fellow of the Royal Swedish Academy of Agriculture and Forestry.

His research focuses on carbon dynamics in forests and harvested wood products and ways in which the forest sector can contribute to climate change mitigation. 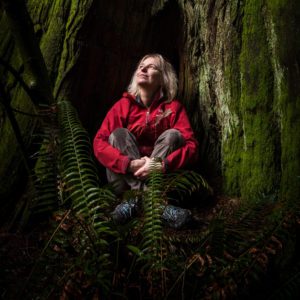 Ecologist Suzanne Simard photographed in Stanley Park in Vancouver, British Columbia. Two decades ago, while researching her doctoral thesis, Simard discovered that trees communicate to each other.

“Voice of the Mother Trees”

Dr. Suzanne Simard is a Professor of Forest Ecology, Leader of The Mother Tree Project, and Director of the Masters of Sustainable Forest Management at the University of British Columbia. She has recently lead a six-year programme on training graduate students in methods for communicating their discoveries and ideas regarding climate change. She holds a PhD and MSc from Oregon State University and a BSF from the University of British Columbia. She conducts research in her home forests of British Columbia, where she investigates the multifarious ecological relationships between trees, soils, and disturbances that underlie forest structure and function.

She is known for her work on belowground fungal networks that connect trees and facilitate inter-tree communication, and she is investigating how this underlies the complexity, adaptability and resilience of forests to climate change. She has communicated her work in collaborative projects using film, art, writing and TED, and most effectively through walks in the forest. She has published over 200 scientific and popular science articles and her forthcoming book, “Finding the Mother Tree”, will be published in 2020 by Penguin Random House. 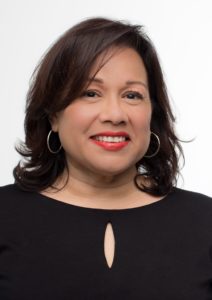 Ivonne Higuero, Secretary General CITES, is an environmental economist with a career spanning 26 years in international organizations in the area of sustainable development. Ivonne has experience working at the global, regional and national levels, and engaging with stakeholders across the public and private sectors.

During her 24 years with the UN, Ivonne has held varied roles managing and overseeing the implementation of programmes of work, managing financial and human resources, and the provision of secretariat services to intergovernmental bodies. With the adoption of Agenda 2030 and the Sustainable Development Goals, Ivonne was responsible for ensuring the alignment of programmes of work to support countries in meeting their international commitments also through cross-sectoral cooperation.

Her previous international appointments include: Director of the Economic Cooperation and Trade Division – United Nations Economic Commission for Europe (UNECE), where she led and supervised programmes on trade facilitation, access to markets, innovation and competitiveness policies and public-private partnerships. Director of the Forests, Land and Housing Division – (UNECE) where she led and supervised programmes on forests and the forest industry and housing, land management and sustainable urban development. Chief of the Operational Activities and Review Section of the UNECE’s Environment Division where she managed programmes on environmental performance reviews, environmental monitoring and assessments, and cooperation between the environment, transport and health sectors.

Ivonne served in the United Nations Environment Programme (UNEP) Regional Office for Europe as the Coordinator of the Pan European Biological and Landscape Diversity Strategy, as regional programme coordinator, and as regional ecosystems management coordinator.  She served at UNEP headquarters in Nairobi as the focal point for biodiversity related and regional sea conventions, worked on issues such as trade and environment, on valuation of natural resources, economic instruments for environmental management, amongst other natural resource management roles between 1994 and 2014. 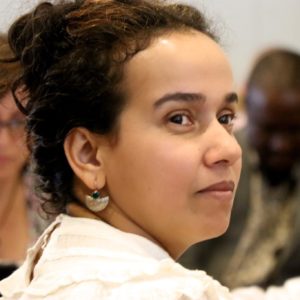 Dr. Bose works with forest-dependent communities in tropical countries. An anthropologist and forest land-use policy expert, her diverse professional affiliations include – NGOs, philanthropy, academia, think-tank, international research centers such as the Center for International Forestry Research (CIFOR) and the International Center for Tropical Agriculture (CIAT), and more recently consultancies with Oxfam and the UN-FAO. Her work-related residencies have been in Colombia, India, Indonesia, Nepal, Netherlands and Germany in-addition to field-works in Brazil, Bolivia, and Uganda focussing on forest decentralisation, gender and diversity, land tenure, and governance. Currently, via self-funded initiative, Landing Together, she has directed and produced five short films and one full-length titled Vaña Vaasiyon (forest dwellers) documenting voices of forest guardians.

She holds an inter-disciplinary PhD, ‘Forest Rights’, from Wageningen University, Netherlands. Recent collaborative publications are: special issue on Latin American women’s access to farmland and communal forest (2017), and edited volumes Dryland Forests (2016), and Gender, Energy and Sustainability (2018).  Her pro-bono activities are with IUFRO’s Gender and Forestry Group, and IUCN’s Commission on Environment, Ecology and Social Policy. 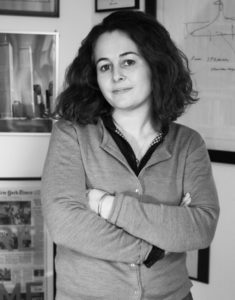 Maria Chiara Pastore (1980) is Head of Research at Stefano Boeri Architetti and Associate Professor at the Politecnico di Milano.  She obtained a PhD in Spatial Planning and urban Development at Politecnico di Milano, and her research interests are mainly focused on water and sanitation in relation to city’s development, urban planning in Africa, adaptive planning in relation to rapid growing cities. Her recent work includes an improved green system in the Greater Milan 2030, Forestami (Milano 2030), Water Vision for the Masterplan of Tirana (Albania) 2030, “Safer house construction guidelines” for the Malawi Ministry of Housing (GFDRR), “Master plan for the City of Dar es Salaam” for the Tanzania Ministry of Lands Housing Human Settlements Development, and the Master plan for EXPO 2015 in Milan. She has been a consultant to the World Bank, member of the scientific committee of the First World Forum on Urban Forests, visiting professor at TU Graz. In 2018 she published the book “Reinterpreting the relationship between water and Urban Planning. The case of Dar es Salaam”, with Routledge. 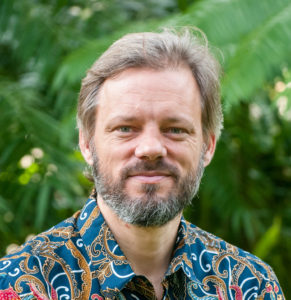 Growing Forests and Trees for a Greener Future

Vincent Gitz is since November 2016 the Director of the CGIAR Research program on Forests, Trees and Agroforestry (FTA), a global research for development partnership led by CIFOR (the center for international forestry research). Engineer of Ecole Polytechnique (1994), France, he holds a PhD from AgroParisTech, on land-use and global climate policies that was awarded the « Le Monde » Prize of academic research. He has a background in Earth and environmental sciences and in natural resource and development economics. Prior to working with CIFOR, Vincent Gitz worked as researcher for CIRED (International Research Center on Environment and Development) and for CIRAD (the french agricultural research and international cooperation organization). He also has experience in policy-making, and at the interface between research and policy: he served as adviser for sustainable development and research of the French minister of agriculture and fisheries, Michel Barnier (2007-2009), and in 2016 as assistant-director for food policy in the French ministry of agriculture, agrifood and forests. Between 2010-2015, he was coordinator of the High-Level Panel of Experts on Food Security and Nutrition (HLPE), the science-policy interface of United Nation’s Committee on World Food Security (CFS). He has published in the areas of climate change and sustainable development, food security and nutrition, land-use, agriculture and forestry, natural resource management, and he coordinated the realization of 9 reports of the HLPE.

He built his entire professional career at Klabin, which he joined in 1985. During this period, he gained experience in paper and packaging production and in project planning and development.

In 2006, he implemented an important project for the company – the MA 1100 – which doubled the paperboard production capacity at the Monte Alegre Unit in Telêmaco Borba, Paraná. Two years later, he took over as Projects, Industrial Technology and Procurement Officer.

Between 2014 and 2016, he was once again at the forefront of one of the company’s flagship projects: construction of the Puma Unit, one of world’s most modern pulp mills, designed to meet the industry’s best sustainability parameters. Currently, he is responsible for the Research and Development, Innovation, Sustainability, Projects, Automation Technology and Pulp processes.

Dr. van Noordwijk, a Dutch national based in Indonesia, is a Distinguished Science Fellow at World Agroforestry (ICRAF) and professor of Agroforestry at Wageningen University (the Netherlands). Trained as a biologist/ecologist at MSc level and with a PhD in agricultural sciences, he has a strong systems science orientation, with focus on cross-scale linkages in social-ecological systems. He co-chaired the 2017-2018 Global Forest Expert Panel (GFEP) on Forest-Water relations and is convening lead author in the ongoing ‘Valuation’ panel of IPBES. His research interests span from root-soil interactions, via synthetic models at tree (functional branch analysis, fractal scaling of allometry), tree-soil-crop interactions (WaNuLCAS), hydrological functions in landscape mosaics (GenRiver and FlowPer) and land use dynamics (FALLOW) scale, to societal coinvestment in environmental services and opportunities for Sustainable Development Goals achievement through trees on farms. His over 400 professional and scientific publications reflect this spectrum of interests.” 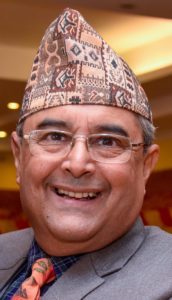 Dipak Gyawali is an Academician of Nepal Academy of Science and Technology, conducting interdisciplinary research at technology-society interface from perspectives of Cultural Theory. A hydroelectric power engineer (Moscow Energy Institute) and a political economist (University of California at Berkeley), he served as Nepal’s Minister of Water Resources in 2002/03 and chaired till 2018, the non-profit Nepal Water Conservation Foundation. He has chaired, been a member of, or served in advisory boards and review missions of various international organizations including EU’s review of its water research between FP4 to FP6, UNESCO’s International Hydrological Program IHP-6, UNESCO IHE-Delft for its institutional aspects and course standards, Coca Cola’s  international environmental advisory board, US Pacific Northwest National Lab for its 4-volume state-of-the-art Human Choice and Climate Change, panel of experts of the Mekong River Commission, the scientific program committee of Stockholm International Water Institute, management specialist to Myanmar’s Ayeyarwadi IRBM, IUFRO’s Forest and Water study, and the World Bank’s Inspection Panel on Vishnugad-Pipalkoti HEP. Currently he is on the advisory committee of IDS Sussex’s STEPs Center on its SDG research project as well as guest senior research scholar with the International Institute for Applied Systems Analysis (IIASA) in Laxenburg, Austria. In Nepal, he chairs Interdisciplinary Analysts, a private research firm specializing in quantitative and qualitative surveys.